Nicole Saunders is amongst the women that have been named as the country’s top engineering talent, and features in the highly acclaimed ‘Top 50 Women in Engineering’ list, compiled by The Telegraph and the Women’s Engineering Society (WES).

The campaign, which coincides with ‘International Women in Engineering Day’ is focused on promoting female role models that have returned to work or taken a career break within engineering professions. It also aims to raise awareness of the skills shortage facing industry and recognise those who provide inspiration to other young women considering a career in engineering.

On hearing the news, Jon Arden – Managing Director at Osprey said “Congratulations Nicole – we’re really proud of you! Nicole is an excellent role model who personifies the talent and ambition we have in the company, as well as the breadth of exciting engineering roles offered within the aviation sector. Osprey is fully committed to attracting, retaining and developing the very best engineers regardless of their gender.”

Nicole took a diverse career into engineering, starting out as a physics teacher, then Fast Jet aircrew in the Royal Air Force as a navigator on the Tornado F3 fighter aircraft, before transferring to engineering by completing a MSc in Aerospace Systems. This led to her specialising in Aircraft Test and Evaluation, before completing a second MSc in Human Factors and Safety Assessment in Aeronautics with Cranfield University. Nicole now works as an aviation and safety consultant at Osprey.

Throughout her career, she has consistently achieved above expectations including a commendation in recognition of her meritorious service to the RAF for the management of Typhoon aircraft trials in support of operations in Libya.

She has also overcome adversity, and successfully challenged her selection for compulsory redundancy whilst she was pregnant and on maternity leave. Importantly, her challenge prompted a significant amendment to the Armed Forces Redundancy Policy which still stands today.

In her spare time, Nicole is totally committed to sharing her experience and skills to support other women working in STEM. She is a founding member, and vice chair of the Gloucestershire STEM Network, a STEM Ambassador and Schools Liaison Officer. Most recently, Nicole managed the Institution of Engineering and Technology (IET) stand at Cheltenham Science Festival and secured over 50 volunteers over 6 days to help enthuse and inspire the next generation of scientists and engineers.

Rebekka Bishop, Chair of the Gloucestershire STEM Network said “Nicole fully deserves to be recognised in this Top 50 list. Her openness and willingness to share her experience has inspired and encouraged many women to pursue a career in STEM. In fact, it was Nicole that initially encouraged and helped me to set up the Gloucestershire STEM Network which has since grown from strength to strength.”

Many congratulations Nicole – from all your colleagues at Osprey! 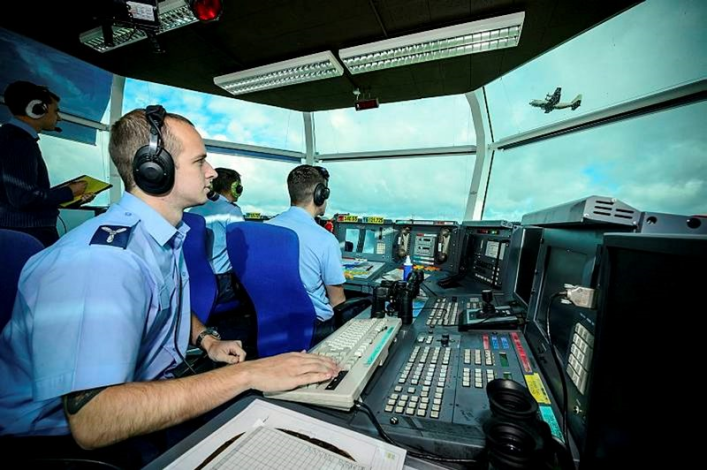 Osprey is delighted to announce that we have been chosen to support acceptance and commissioning activities associated with the Ministry of Defence’s (MOD) Project MARSHALL. What is Project MARSHALL? Project MARSHALL is a £1.5bn long term sustainment a …

When the CAA revealed their replacement regulatory process for airspace design at the end of 2017, the Osprey Airports & Airspace Team was initially apprehensive. The comparison with the superseded CAP725 process was stark when we analysed the requ …

For the past 18 months Osprey has been working hard to provide engineering services and technical support to the Apache Capability Sustainment Programme (CSP) as part of Team ASSIST (QinetiQ, Atkins, Osprey and Jacobs). Specifically, Osprey are providi …